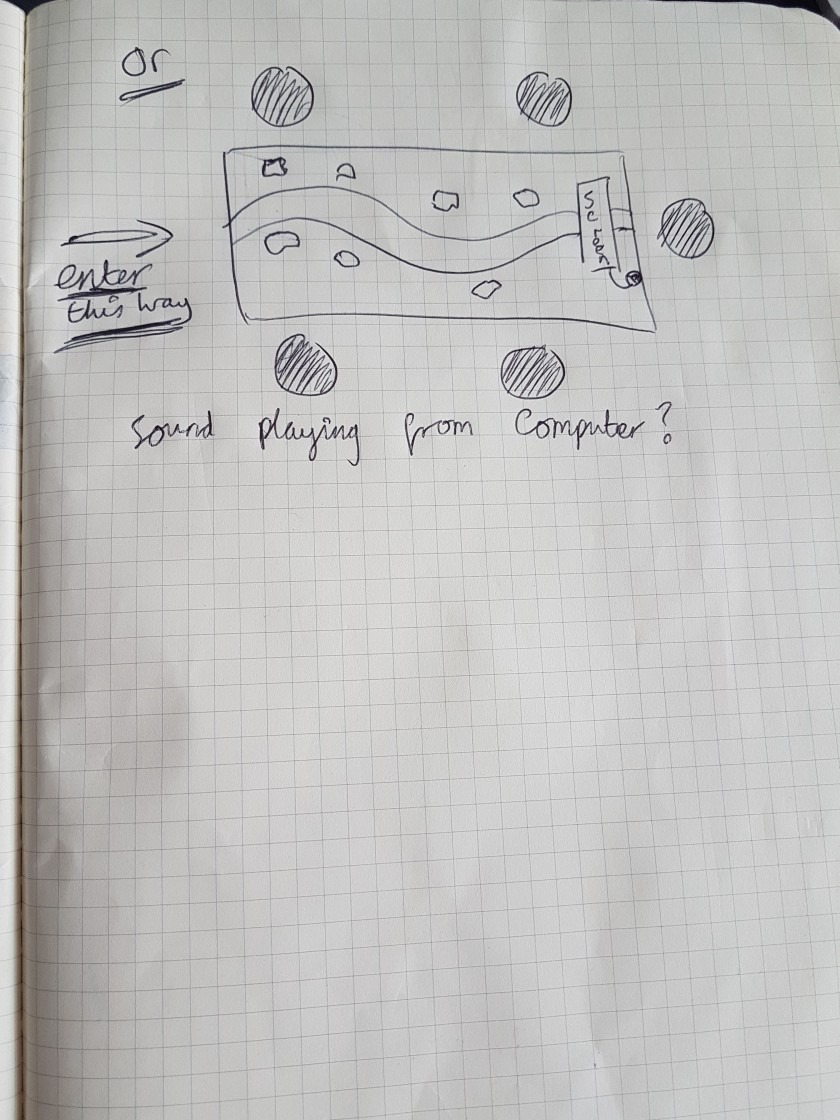 The above sketches were made during the tutorial, with the top one being the first sketch/idea and the third being the last and most likely final version.

I can be quite flexible with the space I use in the exhibition, however I would prefer a small space for just my work, so that the sound can be heard and I can specifically observe how the audience reacts to my work.

Not feeling too well today, so I have joined the online tutorial group rather than going to class this morning.