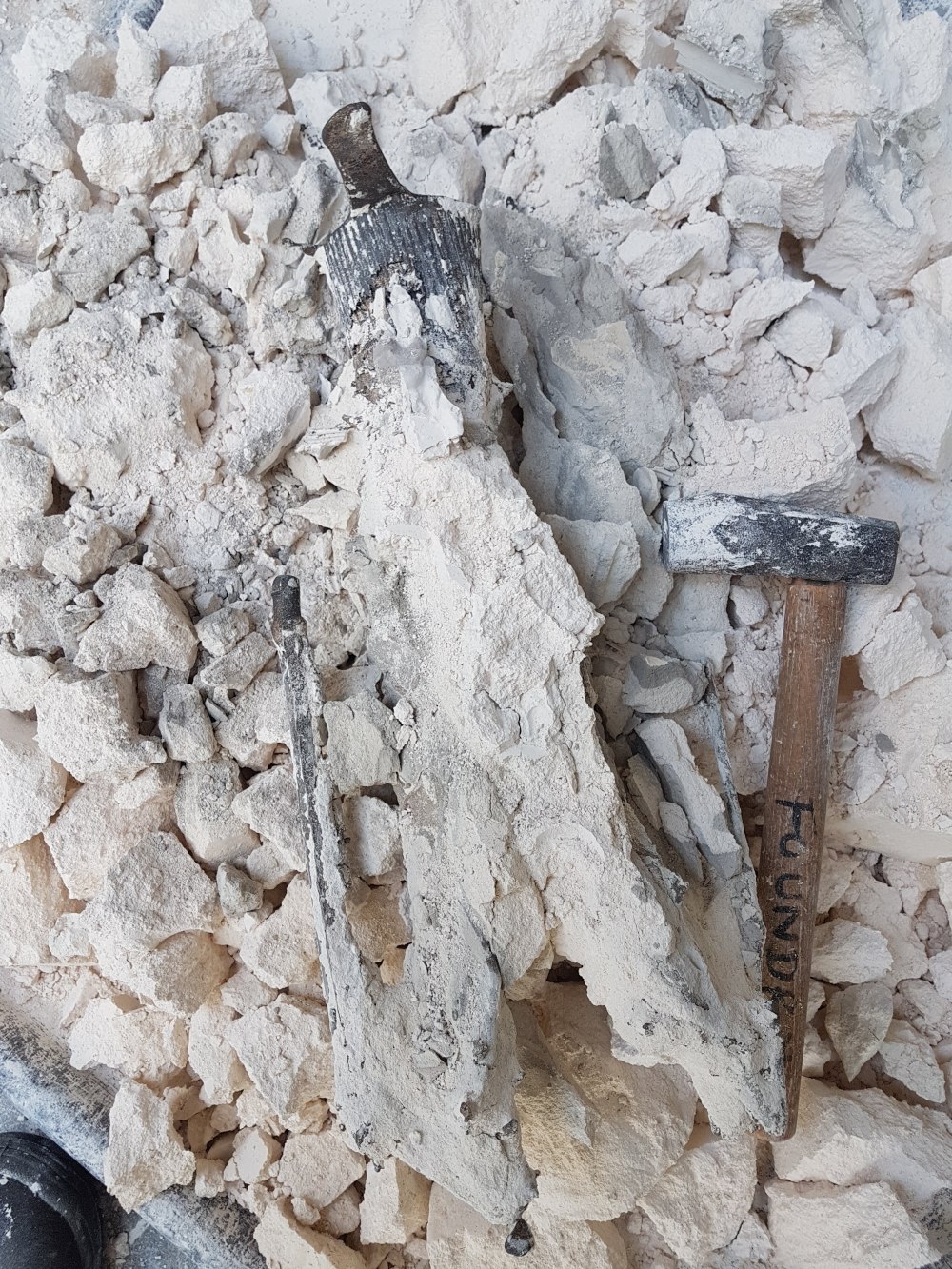 Once the moulds had been poured and removed from the sandpit they next stage was to cut off the plaster coating, with a saw, and then smash open each mould with a mallet. The above photo shows one of the bronze casts, mid smashing. The aim was to remove as much of the plaster as possible, which was then smashed and ground up into powder, to be reused for further mould making.

This video shows part of the clean up process- once the casts had been removed from the mould, the rest of the plaster still needed to be removed from around the casts. It has been sped up by about 250%, as the original video was 20 minutes long, and I wasn’t sure if anyone would want to watch it! As they were too big to be secured in a clamp at this point I had to secure them with pieces of brick, so that they were stable enough to use the hammer and chisel on.

Once I had gotten rid of as much plaster as possible with the hammer and chisel I tried to cut off some of the runners and risers using an angle grinder, which shook some more of the plaster loose. Before I could cut any more of the excess metal off I had to take them down to the print making studios and blast them with the pressure hose, not pictured because I got very wet!

Health and Safety: I had the extractor fan on, and wore gloves, a visor, ear protection, a dust mask and an apron